Skip to content (Press Enter)
Home > Access to Justice > California is Considering New and Improved UPL Rules – Will it Happen? 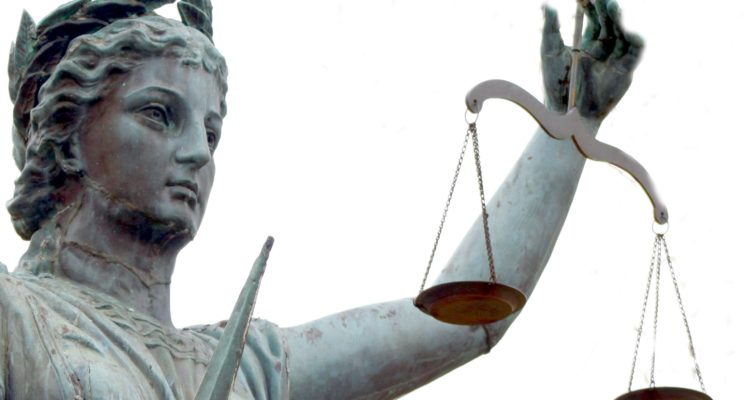 You know those three little letters that you hear at every paralegal seminar. It causes experienced paralegals to cringe. It makes attorneys nervous. Yes, you guessed it, U.P.L., the all too familiar “Unauthorized Practice of Law,” the rule that states that a paralegal cannot practice law, establish attorney-client relationships, set fees or split fees with attorneys, give legal opinions or advice, or represent a client before a court or agency. Well, the State Bar of California has sought public comments to proposed regulations to create exceptions to allow licensed professionals to provide specified legal advice and services.
In response to a Legal Market Landscape Report commissioned by the State Bar of California, the Task Force on Access Through Innovation of Legal Services (ATILS) has decided to propose new regulatory changes to loosen the current UPL rules in the hopes that it will close the “justice gap,” the gap that exists between those who need legal assistance and the resources (or lack thereof) available to them.
Three of the task force’s 16 proposed regulatory changes and “recommendations for specific exceptions to the current restrictions on the UPL,” include:
• 2.0 – UPL Exception for Individual Legal Service Providers to Provide Specified Legal advice and Services with appropriate regulation

• 2.1 – UPL Exception (with appropriate Regulation) for Entities Composed of Lawyers, Legal Service Providers or a combination of the two, and

The State Bar announced that they were open to receiving public comments regarding the new proposals and that there would be a public hearing on August 10, 2019 at the State Bar of California in San Francisco to discuss same. Shortly after the 60 day public comment period began, the online comments in support and in opposition to the proposed UPL reform options started rolling in. As of August 5, 420 comments were received by over 200 commenters. About 200 of those comments were submitted in opposition to the UPL regulatory proposals, and only about 15 were in favor.
Those in favor stated:
“If we are educated enough to give our lawyers advice on the law, and in turn they use our research to inform the client, then under certain circumstances we should be able to deal with the public directly… [C]ontract paralegals bring clients to the attorneys and should be able to share in the proceeds, especially if they are doing all the work. . . This will only allow the attorney and paralegal to build a firm and both parties mutually benefiting. I completely support this agenda!” – Contract Paralegal in CA

“It would help keep the flow of cases in the courts because so many people are representing themselves as per pro without basic knowledge of the law or legal abilities to file the proper motions to meet deadlines, which impact their rights to a fair and impartial judicial process.“ – Supporter from San Leandro, CA.

“As other states move to allow nonlawyers to provide legal services, it is time for California to move in this direction too. Many Californians are currently denied legal services because they cannot afford to pay [attorneys].” Supporter in CA

“In order for law firms to innovate and become more efficient, it is needed [sic]to have skills of different viewpoints in ownership level decisions.” – Law firm in Mountain View, CA

Not everyone was as optimistic about legal service providers practicing law–those in opposition stated:
“Non-lawyers do not operate under the same ethical obligations or with any comparable training/education, and as such, are not obligated or qualified to give competent legal advice … an unrestricted non-lawyer giving any kind of erroneous legal advice would undoubtedly harm the public.” – Anonymous commenter from Glendale, CA

“… non lawyers [are] dragging down the practice of law.” – Anonymous worker’s comp attorney in Orange, CA.

“This is going to erode the quality of legal services in the state by allowing unlicensed individuals to give legal advice and own law firms. It is going to devalue my license and hurt the public.” – CA Attorney

“California is already overrun with too many lawyers, as the state allows non-traditional, non-accredited paths to the profession. As a lawyer, I have invested a significant amount of RESOURCES (financial, time, etc.) to be able to practice my profession and to do so competently. It is a high bar for a reason. I have worked hard to get where I am at. Your suggestion to allow non-lawyers to provide legal advice is wrong for so many reasons. I would like my profession to at least maintain the little bit of respect and dignity it has left here in California. Not to mention, you are cutting into the livelihoods of people who have made the investments. Many of us incurred massive debt to be able to provide legal advice.” – Attorney in San Bernardino County, CA

“With non-lawyers investing in and driving the practice model, clients will be all but guaranteed a profit-driven experience with their lawyers, where the handling of their matters will be affected more by the “bottom line” than their best legal interests.” – Lawyer in Oakland, CA

On August 10th, 2019, the time came to give verbal comments. I went to the State Bar of California, it was my first time there. Given that I had read that many people opposed the proposed regulations, I was expecting many attorneys to show up with pitchforks, but to my surprise, just the opposite happened.
Many people at the hearing gave testimony thanking the task force committee for putting the topic on the discussion table. The committee received words of encouragement, and generally many, including attorneys, talking about how they could see this working. I was surprised to see that many of the people who showed up were actually speaking of non-lawyers in a positive way. The State Bar video recorded the hearing.

While it’s still early and we don’t know how this will end, one thing is for sure–if these regulatory proposed changes are approved, it will dramatically change the traditional legal landscape as we’ve known it in a radical way. Stay tuned.

~ Elizabeth Olvera is the former president of the San Francisco Paralegal Association, she is a Paralegal, Registered Legal Document Assistant, and Immigration Consultant at Olvera & Associates, and is proud that she directly impacts her community to gain access to affordable legal assistance.
Links:
Webcast of August 10, 2019 hearing at the State Bar of California

Note: These are the opinions of the author, and not the opinion of any board or association that she is a member or director of.